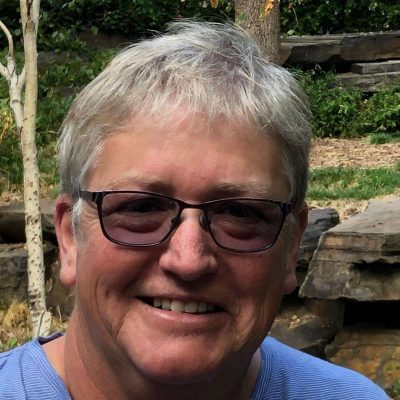 2020 is a red-letter year for one of South Australia’s true all-round horsewomen, Lee-Ann Pangrazio.

It marks a 50 year anniversary in harness racing for the owner of Bolnora Breeding and Racing who has been a successful studmaster, breeder, owner, trainer, driver, yearling sale vendor and official. And, Lee-Ann’s enthusiasm for the sport is as strong now as when she first started out in the 1970’s.

“I still get a buzz out of getting up in the morning and watching the new foals playing in the paddock with their dams,” Lee-Ann said.

She has scaled down the business somewhat in the last few years with only 25 resident mares as well as mares being shipped in for the breeding season.

“Bolnora is now more a boutique farm. At one stage we had up to 160 mares on the property,” she said.

Another source of great enjoyment for Lee-Ann is watching the exploits of her daughter, Katie, a successful driver, and her son, Andrew, a veterinary surgeon.

“Katie works for Jill Neilson in the mornings and helps out at our farm in the afternoons,” Lee-Ann said. “She helps out with the breaking-in and training and general farm work.”

Pangrazio, who was recognised for her contribution to South Australian breeding industry by BOTRA in 2005, is a pioneer of the sport. “Bolnora was the first stud in SA to introduce artificial insemination in 1997,” she stated.

Lee-Ann herself comes from good equine stock. “Mum used to ride showjumpers and cross country horses. She was still competing in shows until she was in her 40’s.

“I rode ponies from a child through to my teenage years,” Lee-Ann said.

Lee-Ann grew up on a dairy farm, firstly at Jervois and later at Virginia.

The Pangrazio family became involved in trotting when they bought Len Sugars’ house and stables at Klemzig and Sugars bought their farm at Virginia.

Lee-Ann and her ex-husband, Peter Lobb, established Bolnora as a training and breeding facility in 1993.

“Effilo Adios, Long Tan Rob and Simply Two were a few of the best winners we trained,” Lee-Ann said.

The 186 acre property, located at Dublin on the Adelaide Plains, has been the birthplace of numerous top flight performers down through the years. The list includes the SA Breeders Plate and triple Southern Cross winner Hes A Corka, his Oaks-winning sister Saved A Corka and half-sister Whatacorka (dam of Come On Frank), the multiple cups winner Scruffy Murphy and the SA Golden Nursery winner Fibber Magee.

Among the horses bred and sold by Bolnora at the SA yearling sales have been the siblings Mandy Kriden, Responder and Takemepitchamister and the good Melton winner Amazing Kano.  Lookin Fresh, a smart three-year-old winner at Bendigo in June, was bred at Bolnora and sold privately.

“Mandy Kriden and Responder both won over $100,000, while Amazing Kano earned in excess of $70,000,” Lee-Ann said.  Lee-Ann serves as treasurer of the SA BOTRA where she has been a committee member for several years.

She also stands the Safe And Sound horse Sound System at Bolnora. The Tyler B import Miles McCool and the royally bred colonial horse Our El Fuego were others to do stud duties at Bolnora.